From notfoundon
Jump to: navigation, search

A voyeuristic look at the daily life of Andrew, Abigail and A. They alternate and shift, increasingly becoming one. Which of them is real?
If identity is established only in the active maintenance of difference, may one arrive at a tentative state beyond identity simply by the possibility of performing the other?

As real life becomes a performance the question is posed which of them is real? Is any of it? Despite the doubts there seems to be an inability to escape the potency of the fiction. It is the mundane mechanism of daily life that provide the means of questioning ones own fiction. There is a keenness to reconsider the daily seen, the known and familiar.

The banality and repetition are the motifs that sustain this isolation. Yet it is not simply that performing ones gender is boring or an isolated state. But instead, it is in the isolation that one becomes aware of the power of the banality. And in the physical reconsideration of the ordinary begins a quiet revolution, one object and gesture at a time.

This auto-ethnographic work is the first film of the artist and is a portrait of performaivity. Filmed over over 9 months in the artists apartment it forms part work of a larger research project title Andrew has his period. (Anecdotes of Androgyny). 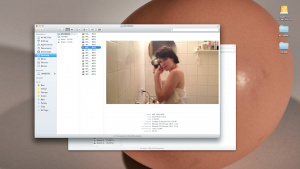 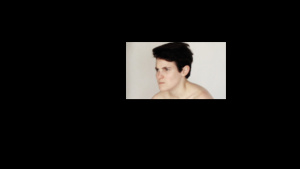